These days a Macbook or even an ipad can be used for music creation, so what’s the minimum specs for what you would need to do audio recording and mixing? 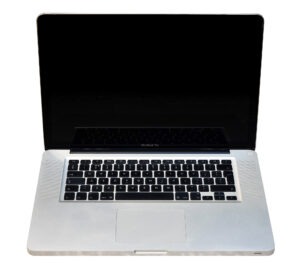 The Quick answer is: even a late 2009 macbook with a solid state hard drive (SSD) is good enough for someone recording just a few tracks.

The answer is complicated, but at LEAST 8gb ram and a solid state hard drive is necessary to avoid latency. While all digital audio playback devices have a certain latency or delay from when the user input is pushed and the sound is reproduced. While modern computers can run DAWS at below 10ms latency or much better, where will always be some sort of delay when you are talking about digital devices that need a second to think before outputting audio. So use the fastest computer you can, and if you run into problems, think about how to work around it. Maybe Ableton isn’t the best option, or maybe its your poor quality audio interface, or if you’re using the onboard audio interface, maybe an external usb firewire or thunderbolt audio interface would be better.

There are also settings like buffer and enable multi core, or settings in your audio interface settings that can make latency better for live performance. You might want to loop guitars or play samples, or record and mix down material recorded at home. So try it out! See what works and what doest.

I’ve heard some people have great results recording and programming basic tracks even on an iPAD. It’s not the ideal supercomputer, but sometimes it’s all about using what you have. Using a simple voice recorder or the built in recording apps, you can sketch out a quick demo that may later become the basis for your next audio recording project. Make videos, make rough demos, because that’s how great songs get started. Not complaining because you don’t have the newest best stuff. The magazines and publications are just a way for you to BUY more, it doesn’t help you create. In fact, you end up being LESS creative when you are fiddling with computer stuff and gear. than if you just got set up and composed a great song with the tools you had.

I used to know this guy that for YEARS would ask me what i thought about Korg Kronos. He was thinking of getting one to make music, but he wasn’t sure. It went on for years like that him debating on his purchase. But he never got it and never made music as far as I know. He spent all that time just explaining and debating why he COULDN’T or doing other things when he could have been just composing with his phone or finding great free loops and samples on the internet to use.

Do what you can with what you have.